Powered by Create your own unique website with customizable templates.
DIYing Free is a project which seeks to turn death into a sustainable enterprise through artistic, DIY and open-source methods. Having a loved one die is a costly enterprise, not only because of the financial strain but also because of the ecological footprint which conventional procedures leave and the emotional stress that those procedures cause. DIYing free attempts to address these issues through design and technology.

If you do an internet search for coffins, you’ll find prices ranging from a few hundred Euros into the thousands. The practice of selling coffins is not only costly to the buyer but also wastes a lot of materials (wood, fabric, foam) and the alternative, cremation, wastes a lot of energy. In using recycled materials to create vessels for the transportation of the deceased, we can alleviate the cost and ecological impact while encouraging proper decay of the body.

When someone dies, how much money is to be spent or not spent should not be irrelevant.  During 2008, in the United States alone, 1.8 million bodies were buried in coffins resulting in the approximate disposal of 1,632,932 kilograms of material not to mention the energy used in the processing of the materials for those coffins, shipping, labor, manufacturing, finishing, et cetera. Even if every one of those coffins was the most economically priced coffin on the market at $500/€350, that would still result in a monetary value of  $857,637,600/€630,000,000…per year in the United States. While were using statistics for the United States in 2008, let us look at the figure for cremation; 68,249 cremations were performed equating to approximately 108,009,760,401.22 kilojoules expended, not including the amount of energy stored in each of the deceased which was wasted in the burning process or accounting for the negative environmental impact caused by the emissions of each of those bodies into the atmosphere.

Cardboard is the perfect material to make a coffin out of: it is often free because it's a waste product, it is very strong in relation to its weight and it biodegrades quickly. Designing a coffin using the structural capabilities of cardboard and the ability to laser cut that design using increasingly available laser cutters, individuals can be buried in something which reduces environmental impact by taking waste, which may have ended up in a landfill, while reducing demand on resources.

DIYing Free is a multifaceted project: The first stage of the project is to design and prototype the cardboard coffins. The second phase is to develop a website where users can download, for free, the design files (.AI/.CDR/.PDF) which will be ready to laser cut and also instructions for assemblage. Once a user downloads the files for the coffin they want, they can adjust the scale of the coffin to the size of the deceased, take a pile of cardboard to the closest fabrication lab (FabLab), use a laser cutter to cut the pieces out of the cardboard, and then easily assemble the pieces at home. Alternatively they can also use the files provided on the website to measure and cut the cardboard by hand.

By turning death into an easy to assemble project not only does it make the process more ecological but also it gives the user a way to channel their grief and focus on their emotions and thoughts. Using design and technology, the project makes death less stressful. We all deal with stress in our own ways and grieving is a manifestation of that. One example I have, for how building can be a soothing activity, is that while working in a summer camp for kids with social disabilities, I remember one child with particularly powerful Tourette’s. When this child was sawing or drilling, his syndrome would disappear and he would be just another 8 year old. The tics associated with Tourette’s Syndrome become more severe with stress and as he focused on construction, his stress vanished.

A conventional coffin fights the natural processes of decomposition. By protecting the body in a wooden box with a plasticized exterior we are denying the remains their chance to be used as fuel for the organisms living in the soil. The idea of being worm food may make some people uncomfortable but the idea of wasting the energy stored in out bodily tissues is even more uncomfortable. People want to live forever through systems of belief and through monuments but we ignore the second law of thermodynamics. In expending our energy into stressful activities during times of death, as well as using inefficient amounts of energy and money for the disposal of loved ones, we create a situation which only aggravates an already trying time in one’s life. Why can we not promote a process of death which uses design, recycled materials and technology for a more ecological practice of grieving? We can’t stop from dying but we can die smarter and more ecological, we can DIY.


- Justin Tyler Tate
DIYing Free has been generously supported by: 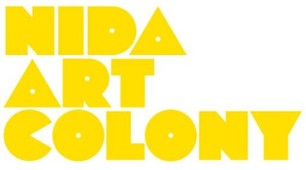